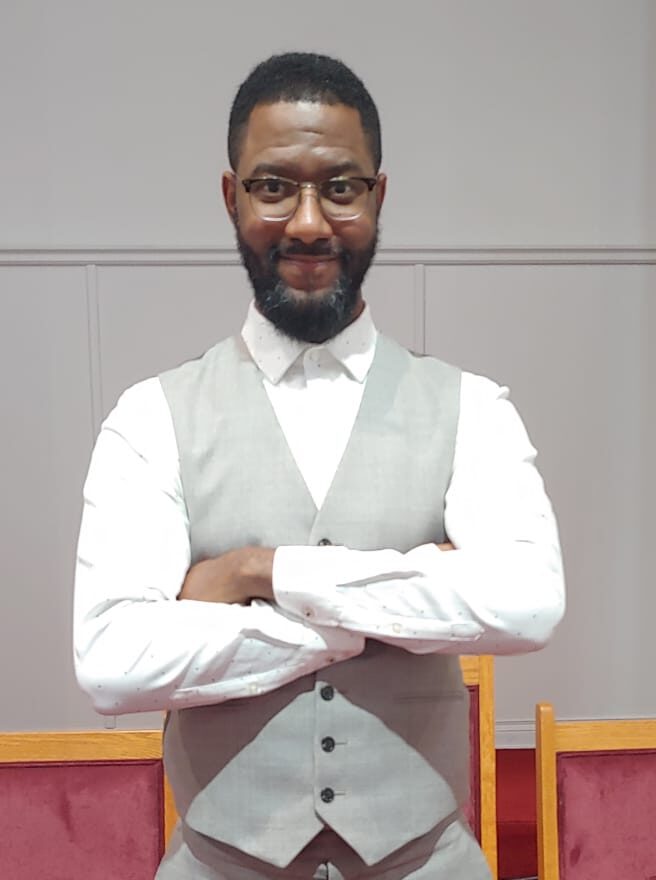 Pastor Dexter L. Smith was born in Toronto, Ontario. He is the last of five children born to a family of two Loving and God fearing parents. Pastor Smith has always enjoyed serving God from an early age and was called to go to Oakwood University in Huntsville Alabama upon Graduation from his senior year in High School.

After his matriculation there, he returned home to Apple creek SDA church in the Youth department and as an Elder. It was in the Summer of 2006 that the Lord Called him to service in the Alberta Conference where he served as an assistant Pastor in both the Edmonton West in The North Edmonton Churches and the Coralwood Adventist Academy. Since 2009, he has served at the Second Base Youth Shelter and as a relief Teacher at Crawford Adventist Academy. Pastor Smith has ministered internationally and has served as Assistant Pastor at Kingsview Village (2012), Mississauga (2016) and Oakville  Seventh-day Adventist Churches in the Greater Toronto Area. He recently joined Hope after serving as the Associate pastor at Toronto West Seventh-day Adventist Church(2019).

Pastor Smith is married to the talented and beautiful Melissa Williams a passionate and inspiring teacher at Crawford East Seventh-day Adventist Academy and they have two children Cole Dexter and Scarlet Rayne. It has been his burden and passion to stimulate young and old through the art of preaching teaching and nurturing.

Above All He Loves the Lord, is excited about heaven and dying to get there.

Login to Hope SDA
Reset Password
Enter the username or e-mail you used in your profile. A password reset link will be sent to you by email.